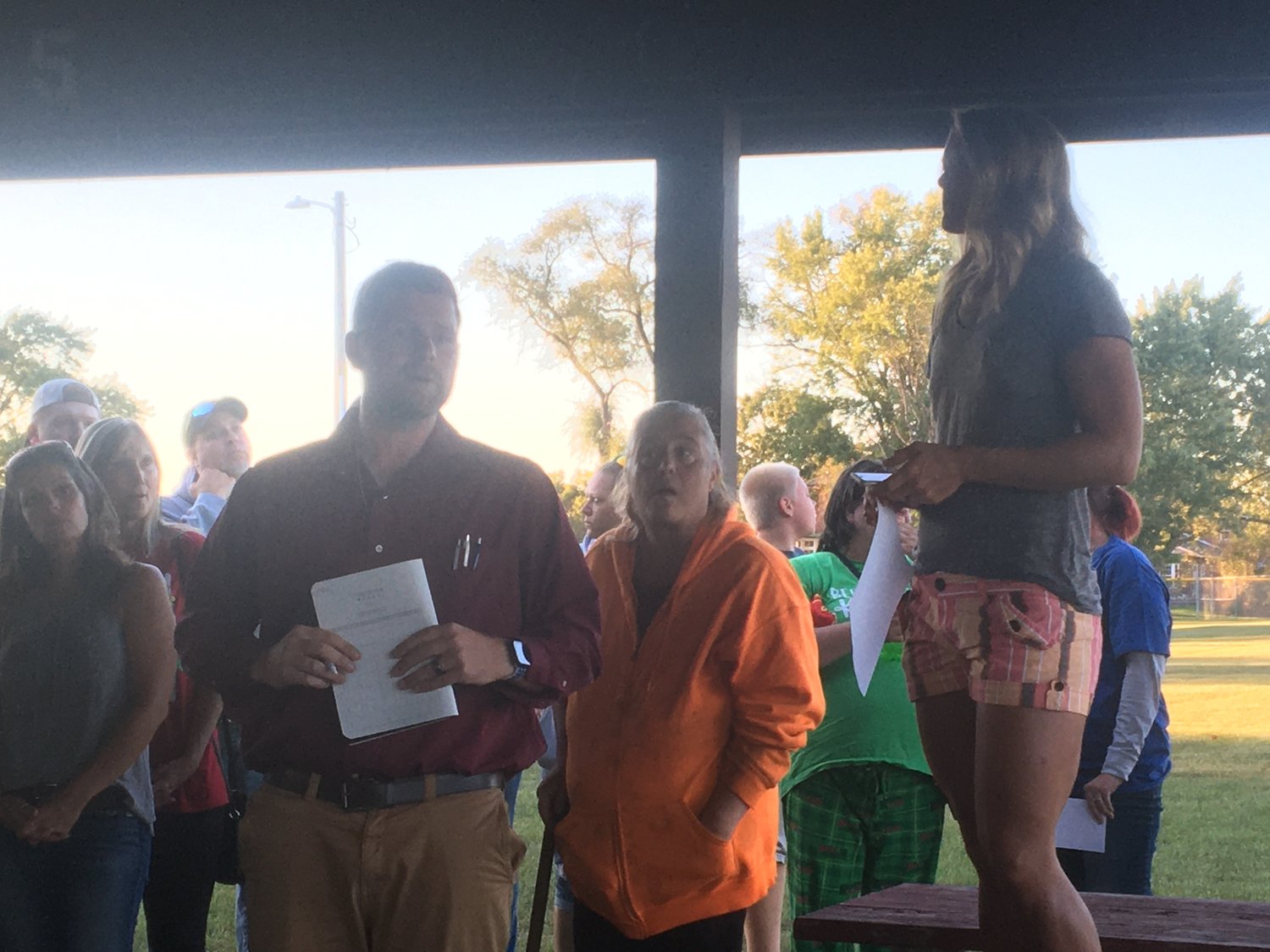 Joshua Nichols, left, and Melissa Brooks, standing on the picnic table, addressed a crowd of around 90 at a meeting Wednesday, where they gathered support for a recall of Sparta School Board members Nancy Sikorsky and Eric Solberg. Herald photo by Pat Mulvaney
Posted Thursday, September 16, 2021 11:29 am
By PAT MULVANEY, Herald Editor

Two Sparta School Board members are being targeted in a recall effort because of their support for a mask mandate at a recent meeting.

Eric Solberg and Nancy Sikorsky were two of the four board members who voted Sept. 8 to reinstate a mask mandate in Sparta schools.

Around 90 people showed up at a  parents meeting Wednesday evening at Memorial Park in Sparta organized by Joshua Nichols and Melissa Brooks who are spearheading the recall effort.

Nichols addressed the crowd, claiming school board isn’t representing the majority of the parents in the school district. He said he wants the school board to devise a “reasonable path forward to create a comprehensive plan that covers all families, respecting parental and children’s medical rights.”

That path, apparently, would include a mask optional policy, the school districts policy prior to the Sept. 8 board meeting.

Brooks, who filed recall papers said the effort was not a personal attack against Solberg or Sikorsky but a disagreement with their policies.

Two other board members, Collin Burns-Gilbert and Josh Lydon also voted for the mask mandate but they are not eligible for recall. A board member has to have completed at least one year of their present term before they can be recalled.

Organizers also will have to collect signatures of district residents over age 18. The number of signatures needed was unclear at the meeting.